How the foundation became what it is today

Hans Hermann Voss was an engineer and entrepreneur by passion. The fate of the company, which he took over from his father as a small business and which he, with brilliant inventions and outstanding entrepreneurial spirit, turned into a successful enterprise, was very close to his heart. In order to secure the future of the company and to ensure a smooth succession, Hans Hermann Voss early on considered the idea of a foundation to become his successor. His marriage to his wife Christa had remained childless. Among others, the Robert Bosch Stiftung and the Zeppelin-Foundation served as models for him. In 1992, Hans Hermann Voss finally decided to set up his own foundation, and just before Christmas the time had come: the Hans Hermann Voss-Stiftung based in Wipperfürth was approved by the Ministry of the Interior of the Federal Land of North Rhine-Westphalia.

Hans Hermann Voss regarded the first years of the still "small" foundation as a practice phase for the future in which the Hans Hermann Voss-Stiftung would receive his assets after his death as heiress.

At the time of his death in 2006, everything was well arranged: The Hans Hermann Voss-Stiftung became his heiress and was able to continue its funding activities in his spirit, as he and his wife Christa had planned long before. 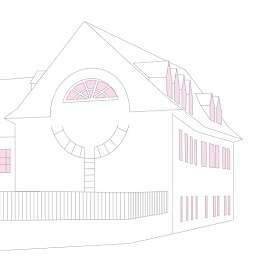